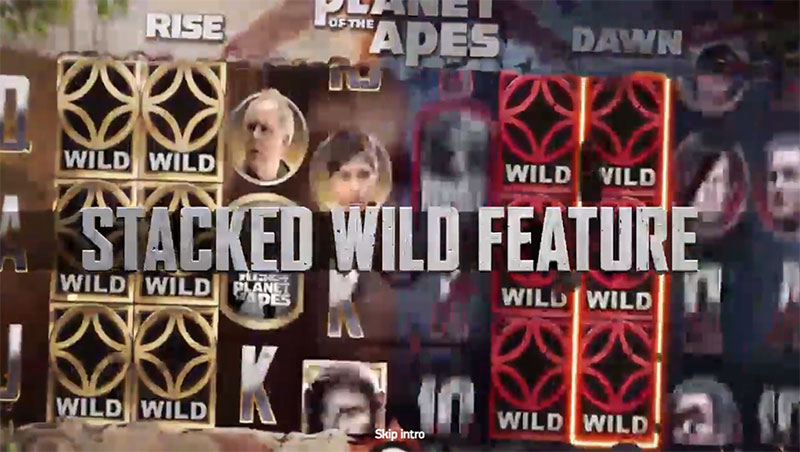 Unlike Anything You’ve Ever Played Before

When it comes to gameplay features, players will undoubtedly enjoy what Planet of the Apes has to offer. Both the Rise and Dawn play areas provide players with their own free spins, Wilds symbols, Scatters, and Stacked Wilds. Other than this, the video slot also has a Dual Feature that would allow for greater winnings through a temporary transfer of symbols between the two play areas.

Banking on the Planet of the Apes Franchise’s Marketability

NetEnt Chief Product Officer Simon Hammon noted that the company was confident that the Planet of the Apes video slot won’t disappoint players and fans alike. The company had purportedly invested time and resources on the video slot for months. Employing the top experts in the industry, the company had wanted to create a title that did justice to one of the most popular intellectual properties in the past half a century. Hammon noted that the quality of this new title further strengthens the company’s already impressive portfolio of casino games. In addition, he pointed out that operators would do well to get the title on their platforms right away.

The value for an operator with this 50-year series of films is the loyal audience that spans over generations -- meaning it has the potential to attract a broad range of players.

As of this writing, Planet of the Apes has been around for close to a month and has been warmly accepted by players the world over. Operators who are using NetEnt casino gaming software have also wasted no time in getting the title on their online casinos’ libraries. Thanks to this, the video slot is now readily available on numerous online casino brands. Players who want to try it out could check online casinos such as King Billy Casino, SlotsMillion, Bob Casino, Argo Casino, and many more.