When it comes to video bingo casino games, operators and players won’t go wrong with Patagonia Entertainment. Based in Curacao, the company is considered one of the top video bing slot developers in the industry. What’s even more impressive is that the company managed to get its leadership position in the industry in just half a decade. Established in 2012, the company boasts of a fairly active and creative development team that has come up with formidable library of high quality video bingo games. In addition to these video bingo titles, the company also offers a complete online casino and bingo management platform that would allow operators to effectively manage their sites. Thanks to its high quality video bingo games and platform, the company has seen considerable growth as evidenced by partnerships not only with operators but with other developers and providers as well.

In just its 5th year of operations, Patagonia Entertainment’s already counts 15 video bingo titles as part of its portfolio. While this might not seem like much, it should be noted that these titles aren’t your run-of-the-mill video bingo games.

In terms of aesthetics, the majority of the company’s video bingo slots feature 3D graphics and fluid animations. The art style for these titles are on the cartoon-y side and have a certain charm to them that players will definitely like. As for audio, the company has made sure to feature background music that complements the respective themes of each video bingo title. Speaking of themes, players and operators alike would undoubtedly appreciate the diversity of the company’s video bingo games’ themes. From pirate-themed Pirates to the Egyptian-themed New Pharaohs Bingo, players can always expect the company’s video bingo titles to be as visually entertaining as they are rewarding (in terms of gameplay). And since we’re on the topic of gameplay, the Patagonia Entertainment titles function similar to other video bingo games. Players start out games with a number of tickets (usually four) and all they’ll need to do is click on the Play button. Doing so will will then result in the drawing of the initial set of bingo balls. If this initial draw doesn’t result in a winning pattern on the tickets then players can draw up to ten extra balls to further improve their chances of getting a win.

Considering it has been around for only half a decade, Patagonia Entertainment’s accomplishments as a video bingo slot developer is nothing short of impressive. Against more established competition, the company has grown to become an industry leader thanks to its continued commitment to providing players and operators with high quality video bingo games. A testament of the company’s stature in the industry is its partnerships with other casino gaming software developers such as BetConstruct, MGA, Spinomenal, GLI, AutogameSys, Zest Gaming, Zitro, Ortiz Gaming, Ezugi, FMQ, and Microgaming (still in the process of finalizing the partnership). Operators or players who want to see Patagonia Entertainment’s video slots in action can also check out online casino and bing sites like Betmotion, Mundi Fortuna, Big Bola Casino, and Betboo.com. 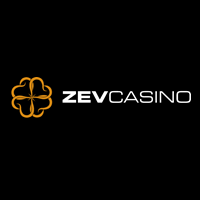