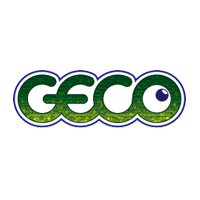 
GECO (Game Engine Cooperative) is a UK-based online gaming solutions developer that was launched in 2014 after a merge of TGL (an Australian company) and WagerMill (UK Company). The merger was formed to compliment the growing demands of the modern gambling industry as well as helping the company to spread its wings to cover a wider scope. The company has offices in Sydney and London and have been operating on the front gear to promote their products globally.

The company has established an incredible reputation thanks to its talented software developer. With a goal to combine resources to develop exquisite games using their cutting edge technology, their endeavor has caught the attention of other smaller developers and they are proving to be a force to reckon with in the modern gambling space. Their cooperative nature of operation has seen other providers including; NYX Interactive, Games Warehouse, Core Gaming, Game Weaver, BetDigital, SunFox Games, and Core Gaming throw their support in its favor.

GECO Gaming is licensed by Alderney Gambling Control Commission and the UK Gambling Commission. These gambling commissions are highly regarded by both operators and players because of the strict standards they set for all gaming solution providers.

The company employs the use of HTML 5 and Flash development tools to ensure each of their game is easily integrated with virtually all the platform used in the modern gaming industry. Their games are easily accessible in download format for both Mac and PC users, instant play format, and mobile format for operating systems like Android and iOS.

All the games are operated on the open Remote Gambling Server (RGS) which means small-scale operators get the freedom to utilize their own platform to independently manage the game studios. GECO Gaming has eyes set on the future gaming industry and believe that RGS is the way to go. This ambitious strategy has been the epitome of their success and they believe in 5 years’ time all developers will be using RGS platform to provide games to operators.

GECO Gaming is still at the early stages of its evolvement but this has not barred them from developing a reasonable portfolio of exquisite games.

All these games feature attractive graphics and audio and video effects which make them truly interesting. The games also include attractive bonus which is good enough to tempt any modern gambler.

You can catch the best of games by this company on some of renowned betting sites including;

GECO Gaming is doing very well in the modern gambling industry and all signs are conspicuous the company is destined for a prosperous future. Although the company is in its early stages they are leaving nothing to chances in the development of games that woo all modern players. Their multi-platform community has given them an edge over most of the mainstream developers and it’s only a matter of time before they start reigning.