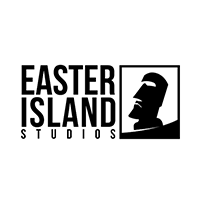 Easter Island Studios makes realistic 3D like slot games but players might not ever get a chance to play them as the site seems to be offline.


Founded in 2014, casino gaming software developer Easter Island Studios was once one of the most promising companies to debut in this industry. Back then, a lot of the buzz surrounding the company had to do with the fact that it wanted to develop what it called as “game-changing gaming experiences” for its players. So far, the casino game development company managed to accomplish just that. It has already developed 5 video slots that feature jaw-dropping 3D graphics, rewarding gameplay, and surprisingly fun yet immersive stories. The company is currently headquartered in Amsterdam and has already applied for a Core Services Associate Certificate at the Alderney Gambling Commission last year (2016).

Easter Island Studio’s current portfolio consists of 4 video slots. In contrast to other casino gaming software development companies, this number might seem unimpressive. With that said, there is a reason for the company’s meager portfolio. As mentioned earlier, the company’s mission is to provide players with game-change gaming experiences. The quality and creativity they invested in the video slots that they have in their portfolio serve to reinforce that mission.

The Champ, Sprezzatura, Wheel of Destiny, Professor Archibald and the Catacombs of Easter Island, and The London Heist are the titles of the company’s video slots. The moment they start these video slots, players are greeted with an opening cinematic to introduce them to the story as well as to each title’s unique gameplay elements. The London Heist is a video slot re-imagining of the infamous Hatton Garden Heist that was perpetrated by a gang composed of aging crooks who just wanted to retire. Catacombs of Easter Islands on the other hand, is a video slot with a story centered around Professor Archibald and the adventures, mysteries, and treasures he encounters in the titular islands. Much like the first two mentioned earlier, other titles like Sprezzatura, Wheel of Destiny, and the Champ all feature compelling and fun storylines that players would undoubtedly enjoy.

What’s also great about Easter Island Studios’ video slots is that they can be played on almost any device provided that said device supports HTML5. This means that if they can find an online casino that has these video slots (more on this later) then they’ll be able to play the titles on their desktops/laptops as well as on their mobile phones/tablets.

While there is no doubt about the quality of Easter Island Studios’ video slots, the issue with the company is that it’s extremely hard to find these titles out in the wild. There aren’t that many online casinos that currently have these video slots in their casino games libraries. Moreover, even the Easter Island Studios official website points to a database/PHP error when players click on the Games category/section. So are these video slots vaporware then? Well, that’s a bit hard to answer. This reviewer actually managed to play with these video slots when they first released (last year, 2016). At that time, the company’s website still worked fine and these titles were easily accessible. It’s really a shame that online casino operators have largely ignored the company and its portfolio of titles considering how good these video slots were. Additionally, the fact that these video slots were developed to work on devices that support HTML5 makes their absence on popular online casinos even more egregious. Of course, it’s also possible that the company is just ironing a couple of things out and that the demo for the video slots will be back up on their website any time soon. Hopefully, the company is able to sort out whatever issues may be hampering it and get back to developing casino games that would impress and entertain both players and operators.