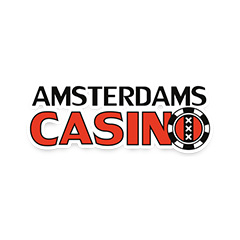 
Playing Magnet Gaming’s Bank Walt will take you back to the time of excesses that was the 1920’s. The progressive slot features traditional video slot gameplay mechanics paired with special features and rewarding jackpots. Additionally, since this is a title developed by Magnet Gaming, there shouldn’t be any problems playing it on devices that support HTML5 (these include but aren’t limited to Mac, PC, iOS, and Android).

Similar to other video slots, Bank Walt has 5 reels, 3 rows, and a 20 betting lines that pay from left to right. Bets in this progressive video slot start from £.40 and can go as high as £10 per spin. In order to win, the player’s spin needs to result in the consecutive left to right appearance of 3 or more identical symbols on any of the 20 betting lines. Aside from the normal payouts, players can also get lucky and activate the slot’s bonus games. The Bank Vault bonus game is the result of the appearance of the The Vault symbol 4 or 5 times in a spin. This game mode can net the player anywhere from 320 to 16000 credits as well as result in the activation of the Bank Flash, Bonus Spin (required for Super Jackpot Flash activation), or Jackpot Flash features. On the other hand, the activation for the Code Lock bonus game will only require the alignment of 2 Lock Symbols as a result of a player’s spin. On top of the 240 to 1200 credits that players can win, this game mode can also bring about the activation of Bonus Spin and Jackpot Flash. Jackpot Flash and Super Jackpot Flash prizes will usually start out at £500 and £10000 respectively.

Magnet Gaming did a great job of highlighting the opulence of the 1920’s in Bank Walt. The slot’s 3D graphics and animations also make it more immersive along with the somewhat subdued and unobtrusive background music.

Where to Play Bank Walt Slot

Perhaps the only knock on Bank Walt is that it’s not readily available outside of these Danish online casinos: Spilnu.dk, Danske Spil, and Komogvind.dk. Players who want to play the game on their favorite online casinos need not worry though since Magnet Gaming has already entered an agreement with Microgaming allowing the latter to distribute Denmark-based slots designer’s titles on the Quickfire casino gaming platform.

Where to play BANK WALT

You must signup to leave a review Signup Now free to join!