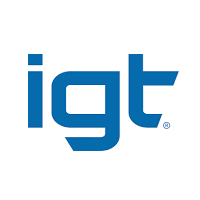 IGT slots, find all the online slots made by IGT casino software


If you are an avid land based casino player then you have probably come across an IGT powered game. IGT (International Game Technology) was originally founded in early 1950 and they have managed to stay buoyant in this competitive industry supplying quality slots in land-based casinos. IGT’s real adventure in the casino scenes started in 1981 when they went public for the first time taking their products to the global markets and provided the first ever video poker machine.  During the same year, IGT acquired Electronic Data Technologies and thanks to this acquisition they introduced the computerized player tracking system for the first time in the industry.

Though the company did not create instant ripples they deliver on their promise of supplying quality gaming solutions. However, in the recent years, the company has enjoyed massive success claiming many awards and recognition by international gaming partners. For example, in 2003 IGT made it to the list of “100 Fastest Growing Companies” and since then they have taken their innovation to the next level. Over the years they have been in the cutting edge of casino developments. They are actually credited for pioneering the electronic bill acceptors and the EZ pay systems installed on most of the slot machines in the modern market.

they have also launched a number of interesting specialties like the multiPLAY system which allow you to play one of your favorite game simultaneously (up to 4 times) on the same video slot machine. One fascinating feature introduced in 2005 by IGT is the multi-level progressive mega jackpots which are unique and truly enticing. All these factors has put IGT in the upper echelon of popular gaming companies, and their licensing by Nevada Gaming Commission has given them the competitive edge over other companies.

Moreover, the acquisition of  Wagerworks; one of the most popular online casino software provider, in 2005 allowed IGT  to bring its magic of interesting land-based casino games title closer to the million online casino aficionado across the globe.

IGT games are highly regarded in the market since they are rigorously audited by independent bodies that govern casino offering them. The fairness and security of these games have been the major selling points of IGT.

The most popular games from IGT include premium slot titles like Cleopatra, Monopoly, Wheel of Fortune, Siberian Storm, Cluedo, and Wild Wolf. In other areas like video poker and classic casino, IGT has limited offers compared to other gaming companies. However, they have a handful of machines to select from with the Triple Sevens and Double Diamond being exceptionally popular.

IGT games are truly smooth and enjoyable thanks to the freedom to adjust graphic quality to suit your internet speeds. The highlight of their offering is the aforementioned progressive jackpot network which has a minimum value of £1.5 million offered across 3 of their slots.

Some of the most popular online casino relying on IGT games include;

IGT move into the online casino space has really benefited the whole industry and they have proved to be one of the best casino software providers. They have been unique in their dealing and have taken an extraordinary route of adding value to the existing offerings instead of focus on production of volume offers. So far so good for them, as their dominance has sunk deep into the veins of the casino industry.  Generally, this is one of the most popular software providers but can only be categorized as a second tier online games developer. 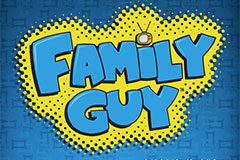