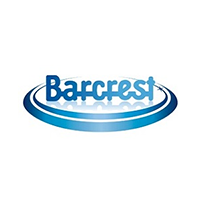 
Initially known for the content and terminals that they manufactured for the bingo and arcade sector during the late 1960s, Barcrest has now successfully transitioned to producing game content across multiple channels. Just a decade after its establishment in 1968 as a designer and manufacturer of slot machines, the company’s success allowed it to become one of the leaders in the burgeoning UK (as well as European) gaming and amusement sector. The company was also one of the first to embrace digital gaming with the development of the Rainbow Riches IP back in 2006. By 2011, the company had already expanded to providing gaming content across multiple platforms and was eventually acquired by Scientific Games. As of now, the company (Scientific Games) has licenses to operate for both its non-remote and remote gaming machines and content issued by the UK Gambling Commission.

Barcrest offers a range of physical slots and online gaming content for players that are available from dozens of gaming establishments and online casino operators. It has a range of physical slots or gaming terminals that are ideal for gaming establishments who care about delivering high quality content and enjoyable gaming experience to their players. Physical slots like the Nevada, T8, Infinity, Vision, Clarity, and Triple 7 series also offer advanced gaming solutions that allow operators to access real-time reporting data as well as analytical and cash flow reports.

The games that Barcrest developed are not just enjoyable and popular; they also perform well even when they’re on other platforms. As evidence, you’ll only need to consider the fact that it didn’t take long for Scientific Games to integrate the company’s gaming content into their own catalog.

Thanks to their acquisition of Barcrest (as well as The Global Draw, another iconic gaming brand in the UK), you can always expect nothing but the best from Scientific Games’ gaming slots and content. Whether you’re an operator or a player, you’ll get to enjoy a casino gaming experience that you’re likely not going to find from newer developers. It should also be reassuring to know that the slots and content offered by the company are strictly regulated by one of the most reputable regulatory bodies for land-based and remote casino gaming today: the UK Gambling Commission. For operators looking for a turn-key solution for their online casino or land-based gaming establishment, Scientific Games just might have what you’re looking for. 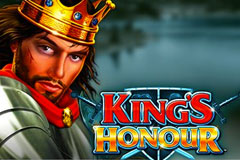