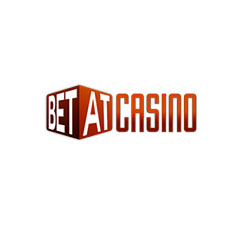 
Santa 3x3 by 1x2Gaming is a unique slot game that lets you play 9 slots all at the same time as you play in a grid of 3 by 3. That's 9 three reel slots with a single payline. The variance is a bit high but at the same time with 9 slots played at once, you usually win something on a given spin.

This slot is clearly a Christmas themed slot and features a range of fun icons. The icons include Christmas ornaments, a candy cane, presents, snow flakes, Christmas tree, angels, Rudolph the reindeer, frosty the snowman, stocking, stars and of course Santa Clause. 1x2 Gaming’s Santa 3x3 is arguably one of the most unique video slots in recent years. It has a peculiar 3x3 format and rewarding gameplay that players won’t usually find in more traditional video slots. This unique video slot is currently available only for Mac and PCs but mobile devices powerful enough to run browsers that support HTML5 or Flash might be able to run it.

What’s really interesting about the Santa 3x3 is that 1x2 Gaming opted to do away with the 5-reel 3-row format for it. Instead, it has three separate slots that each feature 3 reels and 3 rows. In orders for players to win, their spins need to result in the appearance of three similar symbols in one row. The symbols also serve as serve as multipliers that range from x1 to x500. Betting lines s or Paylines are also non-existent in this slot and instead, players are given the option to choose from 1 of 14 patterns that activate or deactivate certain reels. Bets usually range from 1.25 credits to as much as 450 credits (the currency will depend on the online s casino that the player is registered to.

Aside from its peculiar features, Santa 3x3 also has one of the cutest symbol designs of any video slot available right now. Players will find the symbols familiar as they’re what you’d usually associate with the Christmas/holiday seasons. The “Jingle Bells” background music is also quite good at setting the game’s atmosphere as well as being laid back and relaxing.

Where to Play Santa 3x3 slots

Santa 3x3’s novel format and rewarding gameply make it one of the video slots that players need to try at least once in their lives to appreciate. There aren’t that many online casinos that have the slot since it was just recently released. However, those interested in giving it a try can check out the 1x2 Gaming official site, or sites that use the company’s software like Mr Green, Betfair, or Guts Casino.

Where to play SANTA 3X3

You must signup to leave a review Signup Now free to join!